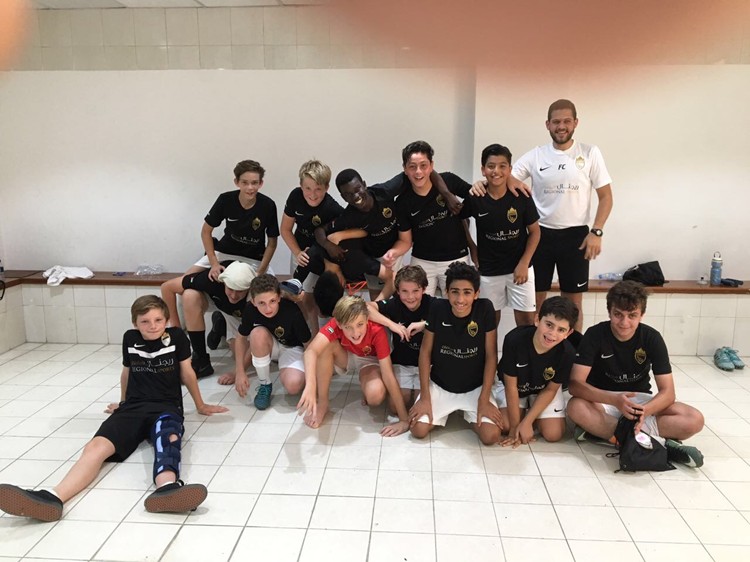 The U14s performed very well against AD Thistle this morning, started with a great start in the first minute Mohammed Oweimer managed to tackle and get the ball from the defender and pulling a shot from outside the box to have his team leading with 1-0 up, the boys continued to work as a team and managed to finish the first half with 3-0 up Mohammed scoring again and Ahmed Mansoor the captain of the team scoring from a free kick, second half the boys had to keep possession more to save some energy, Thistle tried their best to score but was well prevented by the defenders and good goalkeeping from Henri De Groof who had his first game with the elite squad, Thistle managed to score a goal from the penalty spot but later on before 2 minutes of finishing the game the captain and Man of the match Ahmed Mansoor got with another goal to make it 4-1 and ending the game with very good performance. Lots of positives and coaches were very proud of all players