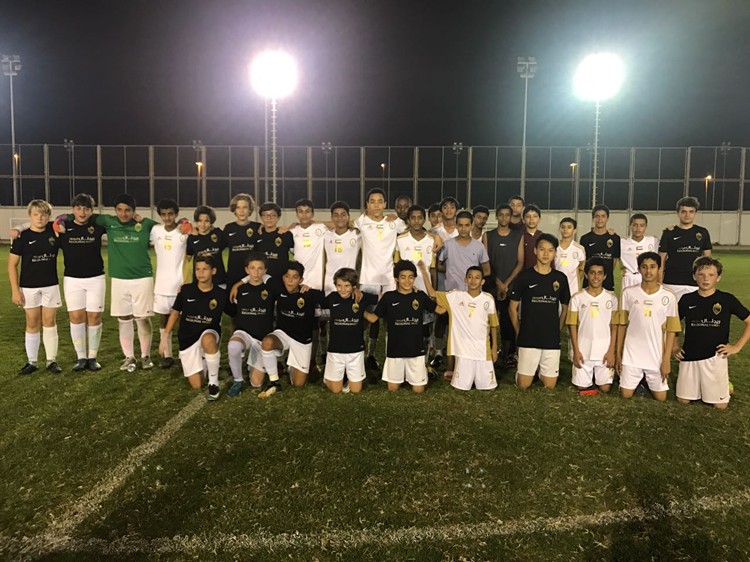 The U14s lined up against professional academy side Al Wahda for another competitive friendly game in Shahama. Regional Sports kept a tight defensive shape in the first half, frustrating the opposition and breaking away in an attempt to score on the counter. A brilliant first half with the boys working hard throughout and playing with a great team spirit fighting for every ball. Goals were scored by Ibrahim Al Qudu and Ibrahim Al Salkhadi to go in 2-0 up at half time.

In the second half Regional Sports started slowly and the lack of concentration was punished when they gave a penalty away, which Al Wahda converted. Moments later Al Wahda were awarded a freekick, which forced a great save from Abdulrahman, but the Al Wahda striker was waiting for the spill and scored to make it 2-2. Despite losing their advantage Regional Sports continued to work hard as a team passing the ball well, challenging the experienced Al Wahda team and played some great football. A counter attack broke with just minutes to go, which gave Fares a head to head chase with the last defender who fouled him and the referee awarded Regional a freekick. Ibrahim Al Salkhadi, captain of the squad, stood up to take the freekick and bent it around the wall and into the top left corner. A stunning goal from Ibrahim at the end of the match to make it 3-2 to Regional Sports.

"A well deserved win. We came a long way to build up this team and we are doing a great job. I'm proud and happy with the team's performance" Coach Faissal, U14's coach